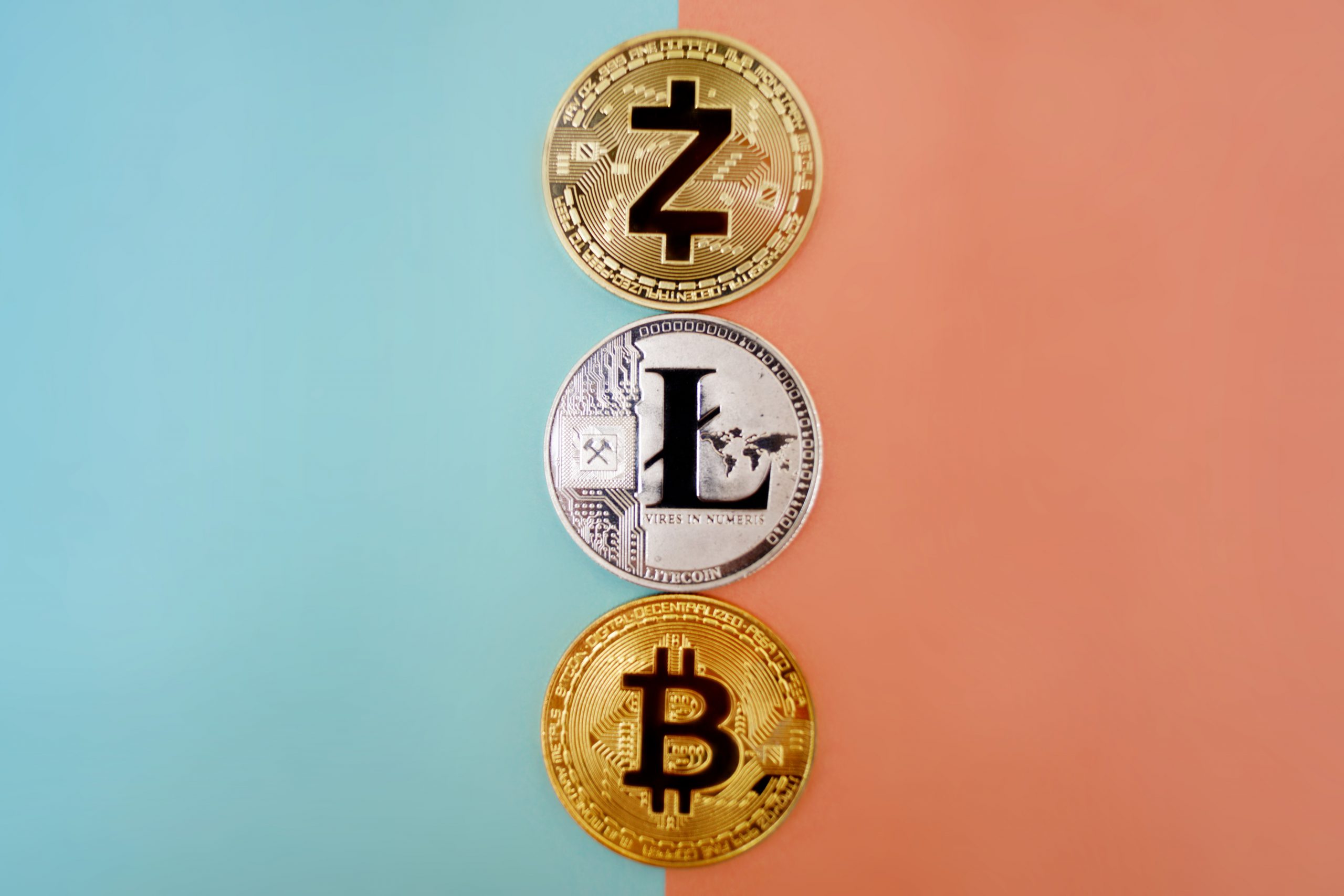 What You Should Know About the Launch of CBDC in Nigeria

In recent times, cryptocurrency trading has gained huge momentum especially in Nigeria where it is ranked third in trading volume. Following the CBN’s reaction to the interest shown by Nigerians in cryptocurrency trading, including bitcoin the Central Bank has decided to launch its digital currency before the end of 2021.

The concern is primarily based on the premise that cryptocurrency trading does not come under any form of official or monetary regulation, therefore, allowing the trade to continue could result in loss of capital and investor funds if things went awry.

Following the Central Bank's directive, the Securities and Exchange Commission (SEC) suspended the approval of cryptocurrencies and related products in Nigeria. This came with the clause that Cryptocurrency operators remain in business only if such digital currencies are operating bank accounts within the Nigerian banking system.

The intense backlash against the regulator’s directive prompted a reaction from Vice President Yemi Osinbajo. He counselled that rather than impose a blanket ban on cryptocurrencies’ transactions, the situation called for a more robust regulatory framework that addresses the concerns raised about the cryptos without killing the potential of digital currencies in Nigeria.

This advice from the vice president may have informed or influenced the CBN’s volte-face in announcing the now awaited digital currency (CBDC) in Nigeria anytime before December 31, 2021.

Unlike cryptocurrencies such as Bitcoin that are decentralised blockchains and entirely dependent on market forces, a CBDC — central bank digital currency — is an instrument that replaces a physical banknote with a digital token or record. A central bank digital currency, or CBDC, creates another form of money. In its strictest form, a CBDC is a digital payment instrument, which is denominated in the national unit of account, or currency, which is also a direct liability of the central bank.

Why is CBDC a good thing?

By now you might be wondering what are the benefits of the CBDC.

One benefit CBDCs could provide in Nigeria is reducing the cost of payments across the border. These costs get as though as ten percent because of our archaic and inefficient banking system. As payments in digital currencies are made directly between both parties in a transaction without any intermediaries, the transactions are at a low cost.

Others are expansion of the financial technology (fintech) ecosystem through enhanced operational efficiency, opportunities for fintech start-ups in building services/products like financial inclusion that will contribute to economic growth and the creation of a new system complementing the traditional payment system.

Should you be concerned?

Now that we have seen the benefits, it would be nice to know the disadvantages of issuing the CBDC in Nigeria.

Usually, the Central Bank monitors, regulates, and acts as a ‘lender of last resort during a banking crisis. With a CBDC, the central bank risks becoming the competitor of commercial banks in Nigeria. Commercial banks would be forced to compete with the more secure CBDC with higher interest rates, even if the CBDC would be non-interest bearing, it would still offer safety, especially in a zero or negative interest rate environment. Such a flight from commercial banks to the safety of the CBDC could be countered only with strict deposit limits to the central bank. It is questionable whether such limits could be maintained in a banking crisis as the crisis would, almost certainly, create political pressure to open the balance sheet of the central bank with a CBDC to all. This would lead to a situation where the banking system would consist of just one bank, the central bank.

Privacy may become a concern, depending on how the digital currency is designed. There is a probability the CBN creates central data. So, data collection and protection is a sensitive issue that requires extra care.

For this concept to permeate all strata of society will be an uphill task. This is because of the literacy level of the average Nigerian about how digital currency works, in addition to the prevalence of cash-based transactions and the informal nature of buying and selling in Nigeria. Hence, the banking sector regulator should also be ready to carry out extensive awareness programs to ensure that the digital currency can be seamlessly integrated into the current financial system.

What are your thoughts on the CBDC? Share with us in the comments.

By CreditRegistry on June 23, 2022
In case you don’t know, Lagos has some of the most beautiful beaches in Nigeria for anyone looking to flex. And I’m not saying this because I live in Lagos.   My parents—especially my dad—loved going to the beach. So he always took me with him, carrying me on his shoulder 🤗🤭 And although I’d been […]
Read more

Does my credit affect my chances of getting a job?

By CreditRegistry on June 16, 2022
It’s been months of job hunting, and unsuccessful job applications for Biodun. This afternoon while she refreshes her mailbox for the hundredth time, an email and text notification for a job interview drops on her phone. And of course she’s excited. This is an interview she has been expecting for several months. After a rigorous interview of 3 stages, she finally gets the job offer, but there is one last check - Biodun’s credit report... But why do employers care about your credit report at all?
Read more

By CreditRegistry on May 17, 2022
At CreditRegistry, our vision is to be Nigeria’s number one provider of insightful solutions that enable creditors, consumers and businesses to establish trust quickly and engage in mutually advantageous business. CreditRegistry serves consumers, businesses and lenders. Our products are designed to be easy to access, easy to use and easy to understand. Our products provide a robust and dependable infrastructure that creditors and borrowers can rely on to make fast, easy, and smart credit decisions.
Read more

By CreditRegistry on March 30, 2022
April Fools' Day is the perfect opportunity to prank your co-workers —without feeling guilty. We made you a list of April fool's day pranks for the workplace. Let the pranks begin!
Read more

Loan apps - 3 important things to look out for before your next quick loan.

By CreditRegistry on March 30, 2022
Have you ever taken an instant loan from a loan app? If you have, you are not alone. Like a lot of Nigerians, the rising costs of living, and little or no access to credit facilities has made more people turn to quick lending apps to meet pressing needs, and sustain themselves until the next […]
Read more

By CreditRegistry on January 13, 2022
If you're starting to build your credit from scratch, then you most likely have a lot of questions about credit. You can't build excellent credit overnight, good credit depends on good information. This is why we have put together answers to some of the most frequently asked questions about credit to help you get started on your credit journey
Read more

Financial Resolutions you should be making in 2022

By CreditRegistry on January 12, 2022
Every year, you promise yourself to save more money, earn more money or even begin to build your retirement fund as part of your financial resolutions for the year. After you write down those awesome goals for the year and the kind of results you’d like to achieve, you may eventually veer off-road because, let's face it, life happens. The problem isn’t that you didn’t have enough willpower. You’ve set beautiful goals, but you don’t have a plan on how to achieve them. Lets take you through the pillars of setting achievable goals and some important financial resolutions you need to make in 2022.
Read more

6 TIPS TO USE CREDIT RESPONSIBLY

By CreditRegistry on September 30, 2021
Having credit extended to you is not only a powerful spending tool, but it's become a necessity in today's world. Unfortunately, many people struggle to control their use of credit and get overwhelmed by piles of bills. What does it mean to be responsible with credit, and how can you use credit responsibly?
Read more

How is My CreditRegistry SMARTScore (Credit Score) Calculated?

By CreditRegistry on August 25, 2021
Credit scoring is an emerging means of decision-making in Nigeria. In recent times, personal finance has gained more attention and is a major highlight for many persons. Because these scores are so important to people's financial lives, it is only natural to be curious about how credit scores are calculated. Ready to find out how?
Read more

The 5 C's of Credit (What You Should Know Before Applying for Credit).

By CreditRegistry on October 23, 2020
Lenders attempt to mitigate the risk of lending to borrowers by performing credit analysis on customers when applying for a new credit account or loan. This analysis is based on the 5 Cs of Credit as follows: 1. Capacity Lenders must be sure that the borrower has the ability to repay the loan based on […]
Read more

What is a credit score and why is it important?

By CreditRegistry on October 18, 2020
A credit score plays a key role in a lender's decision to offer credit. Factors considered in credit scoring include repayment history, types of loans, length of credit history, and an individual's total debt. A credit score is a risk assessment tool used by lenders to determine an individual's creditworthiness. It is statistically developed and summarises all of the information relating […]
Read more

By CreditRegistry on June 16, 2022
Meet Morayo, your new Financial Consultant at CreditRegistry. Morayo is 35 years old from Osun State Nigeria. She is the 1st child of her parents from a lower-class family. As a child, Morayo’s father was a carpenter and the primary provider of the family, while her mother was a petty trader in the famous Yaba […]
Read more